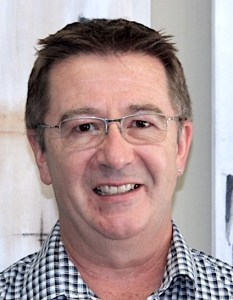 Dr. David A. Parker B.P.E., D.C. has been a practicing Chiropractor in the province of B.C. since 1999. Prior to his return to Ladner to open the DVC in 2003, Dr. Parker worked as an associate in Langley, B.C. for four and a half years.

He graduated from the Canadian Memorial Chiropractic College in Toronto, Ontario in 1998, earning his Doctor of Chiropractic.

Dr. Parker treats patients of all ages, from newborn to seniors, and specializes in treating competitive and non-competitive athletes from a range of sports including golf, swimming, hockey, equestrian, and cycling.

Dr. Parker has a keen interest in the foot, foot biomechanics and the use of orthotics as an aid to better lower limb function.

His strong links with preventative health and the sporting community have been built upon over 20 years of experience, including: